Bass types have a better appetite compared to any other fish, and they are a challenge to the fishing community. An Angler must know beforehand, he is chasing down nine types of Bass fish, and all are carnivorous too. Therefore, he should know the difference between these Bass types. They are: Found below are the different types of Bass species, which would include freshwater Bass and Black Bass. The Suwannee Bass was classified as such in 1949, and it is a short fish compared to other Bass, as it is only 16 inches. The lateral scales lay in-between 57 to 65, and the dorsal fins have 10 spines with the anal fin having 3. They have 12 lateral blotches which are actually vertical. There is a shallow notch which is formed where the spiny and soft rayed dorsal fins are joined. During their breeding, the breast and cheeks sport a color which is Turquoise. The upper jaw runs up to the central eye but does not extend beyond it. So, these are the top 9 types of bass fishes. We hope you’ll be able to better identify your catch henceforth. Happy Fishing! 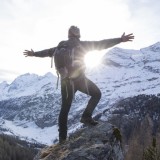 Do you love fishing and everything about the sport?

Check our inspiring and educational articles about fishing written by experts.

Get fishing tips and tricks, and read personal stories from anglers who live and breathe fishing. Learn new fishing skills, get the latest resources, updates, exclusive offers, and more.